You Are Here Home Heroic Hollywood ‘The Batman’: Here’s How Simon Pegg Could Look As The Riddler 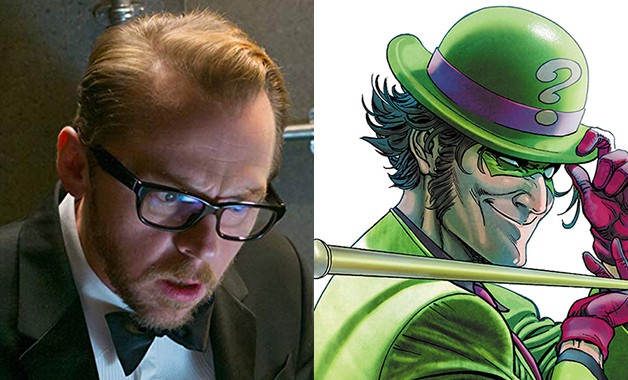 New fan art by ShatterverseEnt imagines Simon Pegg as the Riddler in Matt Reeves’ The Batman.

While fans are speculating on who could replace Ben Affleck as The Dark Knight in Matt Reeves’ The Batman, there is also a lot of discussion on who the Caped Crusader could face in the upcoming film, especially after Reeves suggested there will be a rogues gallery. Now, new fan art imagines what Simon Pegg could look like as the Riddler, the classic Batman foe known for leaving clues behind for authorities and the World’s Greatest Detective to solve.

Also read:
‘The Batman’: Jeremy Irons’ Alfred Gets The Poster He Deserves


Do you think Simon Pegg would be a good choice to play the Riddler? Share your thoughts in the comments section below!

Plot details for The Batman are currently under wraps, though the film will center around a younger Bruce Wayne and includes multiple villains. Matt Reeves also confirmed that it will not be directly based on Frank Miller’s Year One comic and will use of the Dark Knight’s detective skills to a greater extent than previous films.