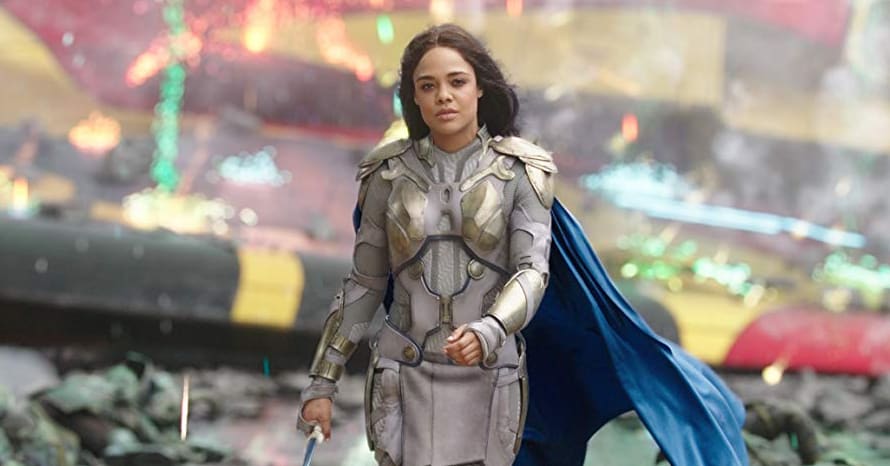 Marvel’s phase 4 films will be embracing diversity in a whole new way that should excite many. In the same way Black Panther‘s creators were African-Americans, Marvel’s upcoming Shang-Chi film boasts an all Asian cast, as well as writer and director. The celestial and sprawling The Eternals is set to feature an openly gay hero. Furthermore, Tessa Thompson’s Valkyrie will be looking for a Queen to join her as the ruler of Asgard in the upcoming Thor: Love and Thunder.

Marvel is continuously making big strides in terms of diversity and Tessa Thompson has nothing but positive things to say regarding the studio’s efforts. In a recent chat with Ramy Youssef for Variety’s virtual Actors on Actors segment, the Thor actress highlighted Marvel’s diversity plans.

“There’s millions and millions of people, particularly young people, that show up to the cinema. And I think if you can show them something that looks like them, they feel valued. Particularly inside of these narratives of the comic books, that’s what it’s all about. It’s that our differences make us special.”

Tessa Thompson is absolutely right in saying that Marvel’s efforts are making a huge impact. Films like Black Panther and Captain Marvel were not only financial successes but also cultural bastions that showed how diversity could bring audiences in droves. With their upcoming projects, Disney and Marvel are opening their doors to the LGBTQ+ community, making sure they have a spot in the large cinematic universe.

Tessa Thompson continued by discussing the power she holds in making Valkyrie as accessible as possible in the upcoming Thor: Love and Thunder, where she will be openly gay.

“I’m really excited that we’re able to continue to push the bounds of that and that I’m able to do that with Valkyrie, because there’s so many cool queer characters in the comic books and they should have a place on-screen.”

What are your thoughts on Tessa Thompson’s comments regarding Marvel’s plans for being even more inclusive? Are you excited for Thor: Love and Thunder? Comment below and let us know!

Full details on the plot for Taika Waititi’s Thor: Love and Thunder are currently under wraps, though the film will be partly based on Jason Aaron’s Mighty Thor comic book run, in which Jane Foster becomes the new Thor. Directed by Taika Waititi from a script he co-wrote with Jennifer Kaytin Robinson, the film stars Chris Hemsworth, Tessa Thompson, Natalie Portman, and Christian Bale.

Thor: Love and Thunder is set to be released on February 11, 2022. Stay tuned to Heroic Hollywood for the latest news on Chris Hemsworth’s upcoming film and be sure to subscribe to Heroic Hollywood’s YouTube channel for more great video content!