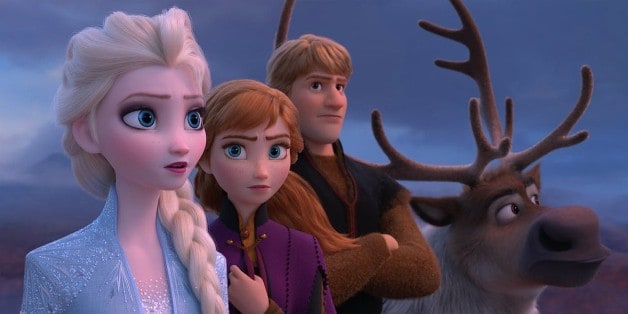 Disney has released a teaser trailer for Frozen 2, the highly-anticipated sequel to 2013 Disney animated movie.


The teaser trailer comes six years after the previous film and the sequel will be bringing back some familiar faces. With not a clear time frame set for when Disney’s Frozen 2 takes place, the film looks incredible and will feature new music from songwriters Kristen Anderson-Lopez and Robert Lopez. You can check out the teaser trailer below.

Thesequel looks amazing and fans will be excited to learn that many favorite characters like the hilarious reindeer Sven and Josh Gad’s Olaf will be back alongside Kristen Bell’s Anna, Idina Menzel’s Elsa, Jonathan Groff’s Kristoff. Frozen 2 is being directed by Chris Buck and Jennifer Lee. With new landscapes and settings, the film looks like it will take viewers on another journey with more incredible animation.

The teaser also featured a glimpse of the music that will be present in Disney’s Frozen 2 with it having a similar touch to the one from the previous film. Fans of the film will be looking forward to more great songs like “For the First Time in Forever”, “Do You Want to Build a Snowman?” and the insanely popular “Let it Go”. This time around the film seems to have a more dramatic journey with Elsa and Anna.


What do you think of the teaser trailer? Are you excited for Frozen 2? Share your thoughts below!