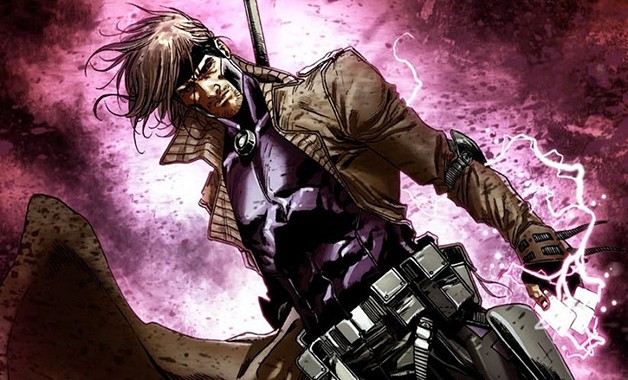 
Channing Tatum’s long-developing Gambit film hit another roadblock after X-Men franchise producer Lauren Shuler Donner confirmed the project was in the hands of Disney, who is set to close their acquisition of 21st Century Fox’s entertainment assets this year. The project was planned to feature Channing Tatum in the titular role and recent reports indicated the actor had hoped to helm the film himself. Now, The Playlist reportedly confirmed Channing Tatum wanted to co-direct with his producing partner Reid Carolin, who collaborated with Tatum on the Magic Mike films. The duo had previously tried to court Steven Soderbergh to direct the film, but he turned them down.

Also read:
‘X-Men’ Producer Says Too Many Marvel Films Will ‘Cancel Each Other Out’


Fox is set to release two X-Men films before Disney acquires the assets and Dark Phoenix will be first of these projects.

In DARK PHOENIX, the X-MEN face their most formidable and powerful foe: one of their own, Jean Grey. During a rescue mission in space, Jean is nearly killed when she is hit by a mysterious cosmic force. Once she returns home, this force not only makes her infinitely more powerful, but far more unstable. Wrestling with this entity inside her, Jean unleashes her powers in ways she can neither comprehend nor contain. With Jean spiraling out of control, and hurting the ones she loves most, she begins to unravel the very fabric that holds the X-Men together. Now, with this family falling apart, they must find a way to unite — not only to save Jean’s soul, but to save our very planet from aliens who wish to weaponize this force and rule the galaxy.

Dark Phoenix will be released in theaters on June 7, 2019.

5 Reasons Why The ‘Gambit’ Movie Is A Bad Idea

Remember at San Diego Comic-Con 2015 when 20th Century Fox held a panel for their upcoming movies? They were there to hype up the Fantastic Four reboot, X-Men: Apocalypse and Deadpool. But there was one person there that now sticks out like a sore thumb. That was Channing Tatum and he was there to hype up his role as Remy LeBeau, a.k.a. Gambit.

That was almost three years ago and there is still no movie. There have also been several directors and cast members announced, but most of them have dropped out of the project. Tatum still holds that he is attached to the movie and it will be made. The bigger question is does anyone want the movie?

Here are a few reasons why we think the Gambit movie is a bad idea. Click Next to get started!