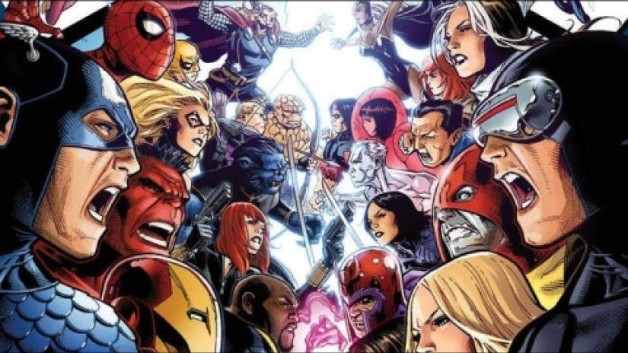 X-Men producer Lauren Shuler Donner warns Kevin Feige and Marvel Studios that too many films will cancel each other out if they are not unique.

Many people within the film industry continue to believe superhero fatigue will strike eventually due to all the comic book films being released today. 2018 was one of the most successful years for comic book films yet, with Avengers: Infinity War, Black Panther, and Aquaman all grossing over a billion dollars worldwide. Venom and Deadpool 2 were also huge scores for Sony and Fox respectively. The superhero genre appears to be more bankable than ever.

Also read:
Marvel Studios & Kevin Feige Will Take The Reigns Of The X-Men From Fox


Marvel Studios is currently releasing three films a year and DC seems to be sticking with two for the time being. Marvel Studios will soon regain the X-Men rights back from Fox and the MCU is about to explode with new characters. X-Men producer Lauren Shuler Donner was at the TCAs on Monday promoting FX’s Legion, where she warned Kevin Feige and Marvel Studios to make sure each film stands out:

“You cannot have too many Marvel, X-Men superhero movies out there: We’ll cancel each other out. Each one has to be distinctive. You have The Avengers to follow through; there are so many distinctive canons to follow through and you have to have new ones to focus on. For us, it’s a lot and people will get sick of them. We have to be careful; he (Kevin) has to be careful. You can’t have more than four (franchises out there).”


Do you think Marvel Studios will eventually release more than three films a year? Comment below!

Here is the plot synopsis for the film:

“In DARK PHOENIX, the X-MEN face their most formidable and powerful foe: one of their own, Jean Grey. During a rescue mission in space, Jean is nearly killed when she is hit by a mysterious cosmic force. Once she returns home, this force not only makes her infinitely more powerful, but far more unstable. Wrestling with this entity inside her, Jean unleashes her powers in ways she can neither comprehend nor contain. With Jean spiraling out of control, and hurting the ones she loves most, she begins to unravel the very fabric that holds the X-Men together. Now, with this family falling apart, they must find a way to unite — not only to save Jean’s soul, but to save our very planet from aliens who wish to weaponize this force and rule the galaxy.”

20 Marvel Movies That Could Be Made After Disney’s Fox…

So the impossible has happened: Fox and Disney have recently agreed to a major deal, one which means that — aside from a few limitations with the Hulk and Spider-Man, who have their rights wrapped up with Universal Pictures and Sony Pictures — every major Marvel property will soon be able to appear in the Marvel Cinematic Universe. While the plans for the remainder of Phase 3 likely won’t change that much, barring possible post-credits scenes showing major cameos being added on short notice, this development certainly gives Marvel an embarrassment of riches to work with for future film adaptations.

Since Marvel Studios had previously claimed that they have an outline for the next 20 movies they’ll make without the X-Men, the Fantastic Four, or any of their associated characters, I thought it would be best to similarly go all-out and suggest 20 more for the heck of it.

Here are, in no particular order, 20 movies that Marvel should think about making with a complete MCU at their fingertips. Click Next to get started!