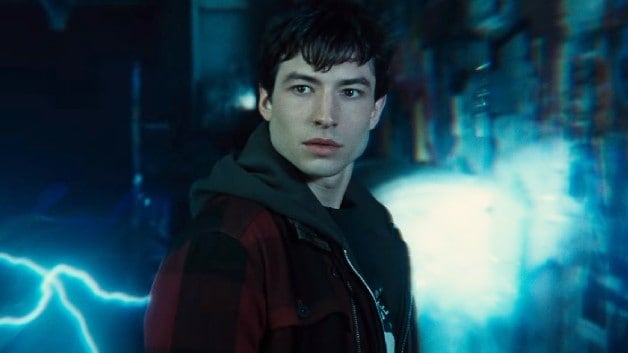 Zack Snyder has taken to social media to reveal a never before seen image of Ezra Miller’s The Flash from Justice League.


The Batman v Superman and Justice League director thanked fans yesterday who helped raise money for the American Foundation for Suicide Prevention with the All the Gods t-shirt campaign which raised over $70,000. Zack Snyder has now announced the campaign itself has been extended to allow fans who didn’t have a chance to contribute, along with revealing a brand new look at Ezra Miller as The Flash in a deleted scene from Justice League. In his post, Zack Snyder said:

“Like Flash we are running the clock back and giving Bruce the info that will save the world “Bruce it’s the t-shirts we are re-launching “All the Gods” t-shirt campaign till Sunday…you’re not too late.”


While Ezra Miller is committed to reprising his role in a standalone film for The Flash. Production on the project was originally expected to kick off next month but due to development of the script, The Flash film will not be ready to shoot and with Ezra Miller scheduled to begin work on the third installment of the Fantastic Beasts franchise this fall, it remains unclear as to when cameras will be able to begin rolling. Game Night directors John Francis Daley and Jonathan Goldstein are attached direct the from a script written by King Arthur: Legend of the Sword scribe Joby Harold.

Justice League is now available on Blu-Ray, DVD, and Digital HD. The DCEU continues with Aquaman, which is in theaters now, followed by Shazam! on April 5, 2019, Birds of Prey (And The Fantabulous Emancipation of One Harley Quinn) on February 7, 2020, and Wonder Woman 1984 on June 5, 2020. A standalone Joker film set outside of the DC Films universe starring Joaquin Phoenix as the Clown Prince of Crime is also set to hit theaters October 4, 2019.